skip to main | skip to sidebar

I had such a nice response to my earlier post on the Cover feature for Country Living magazine, I wanted to follow up with some highlights of the story.

It's all excitement when I get an opportunity to style a home for Country Living magazine, and  working on the feature in the current June 2012 feature in Cape Cod was no exception.

I had scouted this house with the architect of the home, my friend, the very talented John Da Silva of Polhemus Savery DaSilva last summer.

Loving the historic aspects of the 18th century house and the  way it was renovated for 21st century living, I immediately shared the location with Natalie Warady at Country Living.

It wasn't long after I set off with a full van to Cape Cod to style and design this feature, meeting CL Editor Natalie Warady and Photographer Miki Duisterhoff.

Every room, like a set, requires the stylist to portray a story.

The homeowners had described her house in the summer months filled with laughter,  summer gatherings of friends and family , and many much favored girls weekends that included a lot of cooking with local seafood and summer produce.

You can compare the scouting shot above with the after shot and how I styled the kitchen to enhance the homeowner's story. 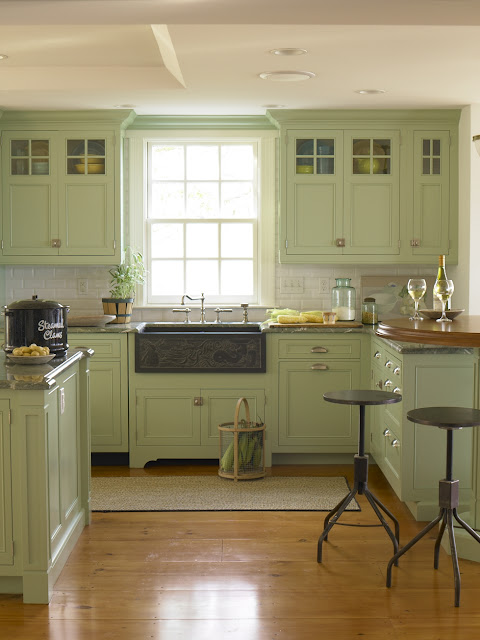 From the before picture you can see how the industrial bar stools I brought in actually changed the vibe of the kitchen creating a less traditional look. The bar stools echo the black iron sink and together enhance the look.  The Simple arrangement of props set the stage for a meal being prepared while still allowing the design of the kitchen to be the dominant feature

We  loved the homeowners traditional quilt,  but we wanted to create a graphic look with color blocking working off the homeowners pretty pallete for this room. We played with different bedside tables she had in the house.


I needed to find vintage linen bedding and I needed it fast!  I sent out an SOS for help via Twitter.  Within the speed of light, I received a response from @tkpleslie, Leslie Carothers. She referred me to Pandora de Balthazár bed linens. The next day, three boxes of Pandora De Balthazár linens arrived!  The linens were a perfect fit for this styled shot! Thank you, Leslie!

Here is another of options for the styling of the bedroom. Which is your favorite? 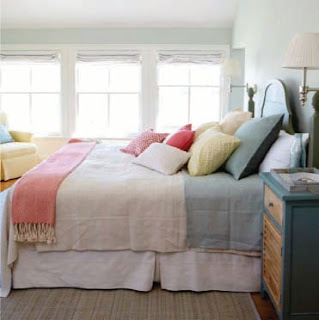 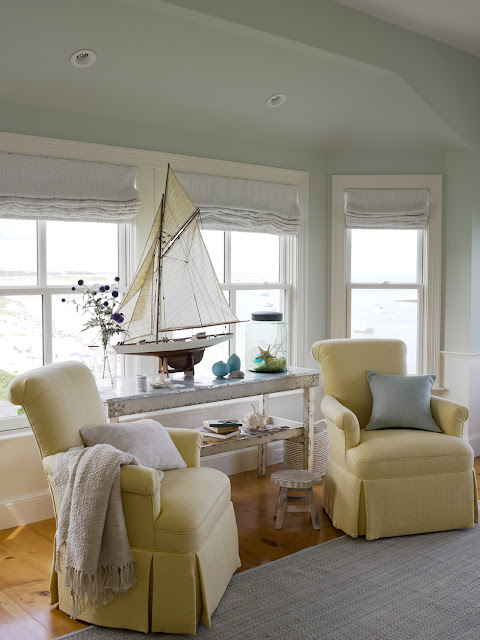 Thanks to Elizabeth Eakins  for the fabulous rugs they lent us for the shoot for both the bedroom and the living room.  Shopping locally, I found the great salvaged table at Midsummer   Nights in Chatham, Massachusetts to cozy up the seating area and give weight and interest  in front of the window. 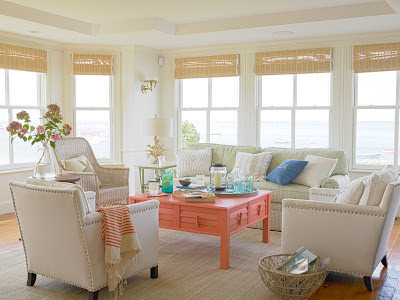 I love the details in the house that show the historic past. 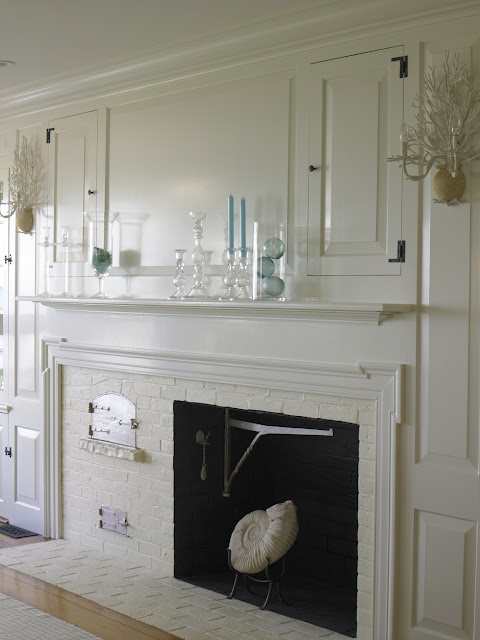 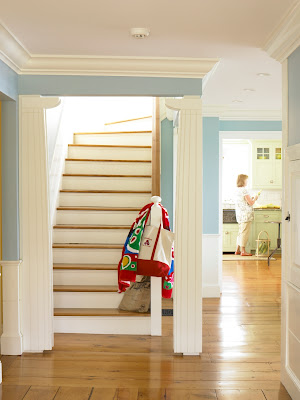 During our photo shoot, we had first hand opportunity to experience "the girlfriend weekend"  while we were there!  Not a bad place for a glass of wine! 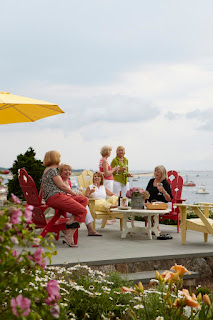 We had some fun with the girls as Miki Duisterhoff took the group out for a photo shoot on the beach.

Posted by Stylist - Designer - Lifestyle Editor at 7:35 AM 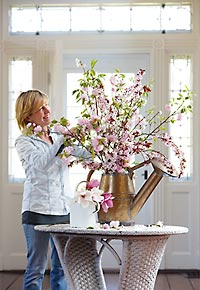 Stylist - Designer - Lifestyle Editor
I'm Karin and I am a stylist, life style editor, designer, artist, and producer. I create DIY projects and style houses for dozens of magazines, catalogs and websites where you may go to get your design inspiration. I love to create beautiful rooms, vignettes, floral arrangements while creating entertaining ideas. This year I started producing crafts and lifestyle ideas for the CT FOX NEWS Morning Show. This blog is my opportunity to share with you all of the projects I create for Country Living, Better Homes and Gardens, New England Homes Magazine, Traditional Homes and many more. I will also share my exciting and hectic life as a stylist, my favorite styling ideas, the way I work, the places I go and the exciting homes and people I meet. Enjoy and be inspired!

Pin the images on this page, or go to each post to pin post-specific images!